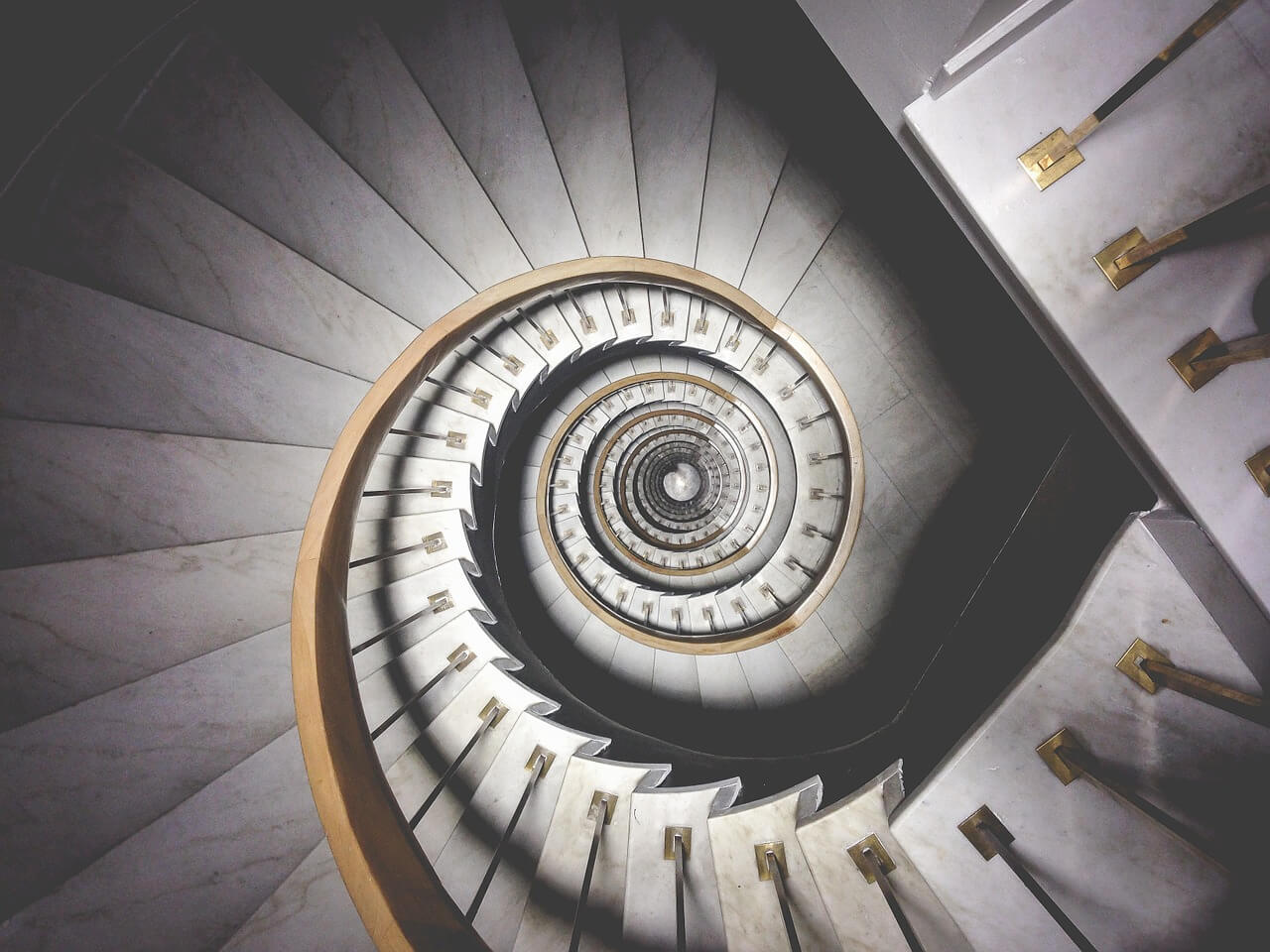 Do you ever wish you could go back in time and do something right the first time? It’s easier to start strong rather than play catch up. Unfortunately, that isn’t reality for most of us. It certainly wasn’t for TFI and I. Today, I’ll share how we’ve managed to reverse 15 years of lifestyle creep and return to early-career levels of spending using something we called “artificial tightness.”

Update: We are now up to 17 years, and I’ve written more about how we accomplished this at We Lost to Lifestyle Inflation. Here’s How We Fought Back.

The Power of Getting It Right Early

I’m a big fan of White Coat Investor’s “live like a resident” advice/catchphrase. The equivalent for me would be “live like a broke new teacher.” The power of setting your expenses at early career levels while your income grows is two-fold: you start investing early AND your savings % grows constantly.

I’m so impressed by how many young and aware people I see nailing this now. They’re totally in control of their lives in their 20s and will have almost unlimited choices in their 30s. Two great examples are A Purple Life and Financial Mechanic. If you’re young and want to get it right from the start, check them out.

If I’d followed my own money advice for new teachers, I’d have let my lifestyle grow a bit for the first three years of my career, then settled. Every raise after would have gone straight into investments.

We did some things right. We used educator income options and now earn almost 3x what we did as new teachers. Yet, after 15 years we had below-average savings despite consistently growing our income.

We moved out of our starter home and bought a home we could comfortably afford – but which was much more than we needed. I’ve got a nice road bike. We’ve always had the latest electronics. And . Oh, the travel.

Work hard, play hard is our professional motto. 60-80 hour work weeks are standard for us during the school year. Our jobs are important and we’re unwilling to dial back. We compensate for that by traveling regularly. I don’t regret it.

Yet, as our income grew, the rooms got progressively nicer. The destinations went from hotel to resort. We got less cost-conscious and more willing to do whatever it took to unplug. Do you have any idea how much a winter break trip to Maui costs when you desperately book it only three weeks in advance? I do.

People were surprised to learn that 25% of families making $150,000+ a year live paycheck to paycheck. That wasn’t us, but I can understand how it happens.

After years of working hard for extra income but saving very little, we were on track for a decent retirement in our mid-to-late-60s. The standard. A ten percentish-savings rate will get you there.

Then I discovered financial independence and the possibilities it offered. Our savings rate had to grow.

Over time, we fought back lifestyle creep through something we’ve come to call artificial tightness. Others have done it differently (and better), but I’ll share what worked for us.

What Is Artificial Tightness?

The term is a nod to my economics geek self and something called tight monetary policy.

Tight monetary policy is when the central bank raises short term interest rates. This makes it more expensive to borrow and reduces the attractiveness of taking on debt. As a result, businesses are less likely to borrow money to spend. This restricts the money supply or makes it “tight.”

We had the money, but could we do something similar to change our behavior? Could we restrict our own money supply artificially and impact our lifestyle creep both mentally and fiscally?

Step One – Stop the Creep. (Pay Yourself First)

To be honest, when we started out this wasn’t intentional at all. We just knew it was important to be financially independent before we were at social security age. To do that, we had to change our spending.

We used the common personal finance concept of “pay yourself first.” Pay yourself first means you set-up automatic withdrawals and deposits so the money is gone before it ever hits your bank account.

We weren’t maxing out our retirement accounts.

The first thing we did is max out our 403b through payroll withdrawals. The second step was to set-up automatic savings transfers to build an emergency fund. Finally, we added a little to our automatic monthly mortgage payment.

This put our savings rate at about 30%.

We were satisfied! Our time to FI was about 12 years. We’d get there in our early-50s and be very comfortable.

At the end of the first year, we reviewed our accomplishments and realized it had been almost too easy. We’d made virtually no adjustment to our lifestyle – just a little more awareness and no spending growth.

The lifestyle creep had been arrested. Now, it needed to shrink.

The steps in the first year had been about doing what was obvious. These were things we should have been doing all along! And, if we’d started them even a few years earlier, we could just coast. Now, we wanted to get serious.

We pushed our savings rate north of 40%. Our FI timeline was down to less than 10 years.

We felt it. But it still wasn’t hard. I’ve shared that one response to my childhood of poverty was a drive to be able to live comfortably without thinking about it. I’d succeeded – we just didn’t need to be that careful with money because we’d grown our income.

Lifestyle creep adjusts your range of what you feel is “standard” in living. That was our barrier now.

The creep had been pushed back about 8 years to when I first became a principal and TFI was a mid-career teacher. It didn’t seem like we could go much further.

About this time, TFI became fully hooked into the concept of financial independence. We still weren’t sure we’d retire early, but the desire for a work optional life was strong!

During this annual review, we decided to push our savings rate up (and timeline down) as far as possible. Discovery of a second pre-tax option (457b) helped. We set-up automatic contributions.

We’d budgeted diligently and were pulling everything out automatically. Yet, we knew our current spending rate was still higher than it could/should be. It felt like less than before, but still not challenging.

This is where the reality and struggle of reversing lifestyle creep in. We were just comfortable spending more than we should. Things that seemed like a need, even when we tried to examine our spending, probably weren’t. We knew it, but couldn’t make ves it.

Our budget was telling us one thing based on our “standard of living” but we knew we should be able to live on less. We just couldn’t breakthrough our lifestyle inflated perceptions.

A crystal clear example of the dangers of lifestyle creep.

To fight this, we decided to make ourselves feel like we had less money to spend. Artificial tightness!

Yes, we were just trying to mess with our own minds. While approaching a 50% savings rate was good and we are very goal-oriented people, our patterns of spending had inflated to an unrealistic level. Could we break that?

Our working theory: If we looked at what was just in our spending accounts, and it was significantly less than we thought we needed, we might finally adjust our spending down.

So, we pushed beyond what our budget said was possible. We cranked our automatic investments through payroll withdrawal, additional mortgage payments, and monthly transfers into our investment accounts to over 60% of our income.

We’re three months in and it’s working so far. We’ve actually made adjustments to spending that we thought we “couldn’t.” It turns out, if required to, we could make adjustments to most of our spending categories. Examples include meal planning, avoiding unnecessary entertainment costs, and alternate travel like road trips instead of flights.

These things are all necessary now due to artificial tightness, whereas before they seemed like an unrealistic burden. Unwinding lifestyle inflation requires a mental shift.

Now, we’ve shortened our FI window to 5- 7 years. We are spending what we would have in the fourth year of our education careers. Living like two not-quite-broke teachers.

The lifestyle creep has been pushed back almost 15 years!

Remember that too-big house I mentioned earlier? That’s really the only thing holding us back from pushing all the way to new teacher spending levels.

For now, we love the house and location. It’s up for consideration though. If we downsized back to our first house level and stayed at our current level of reduced spending (thanks to artificial tightness) we’d be living like broke new teachers!

We’re not pulling that trigger yet. But we might.

UPDATE: We’ve made a decision. Check out Pros and Cons of Downsizing Your Home.

A few important things to mention about our experience with artificial tightness. First, I want to say again what an incredible privilege it is to intentionally create a feeling of having less. It is also possible because we have acquired and paid-off a few things we wouldn’t have had in our early years: cars we expect to last for some time are the biggest example.

There are two other things important to mention:

I do not recommend pushing past your budget and putting money in accounts you can’t easily access without a clear plan.

We started this with adequate savings accounts we could use if we were wrong and needed to adjust. The tightness is artificial. With a bit of extra effort, we can easily extract ourselves from it if we need to. Without paying fees, using credit cards to bridge a gap, or taking unnecessary taxes by selling investments- you don’t want to start that spiral.

Sometimes, you can trick yourself into problems you’d forgotten! During our debt paydown phase we often felt guilty about spending money. During our lifestyle inflation phase…not so much. Now that we’re paying attention, it can happen again. We’ve done such a great job of creating artificial tightness that we’ve almost started to have old money arguments!

Fortunately, we realized how ridiculous it was and were able to back off and laugh. It’s artificial tightness, not a return to those early years of being broke! No one wants to create that.

I’ve said it before – the path to financial independence shouldn’t be miserable. Ours isn’t. The reality is we are still living very well. By creating artificial tightness we were able to push back 15 years of lifestyle creep.

We’re focused on what’s important – making better money choices and preparing for a life of financial independence in the near future.

And, if we decide to spend a bit more on a vacation it won’t be the end of the world.