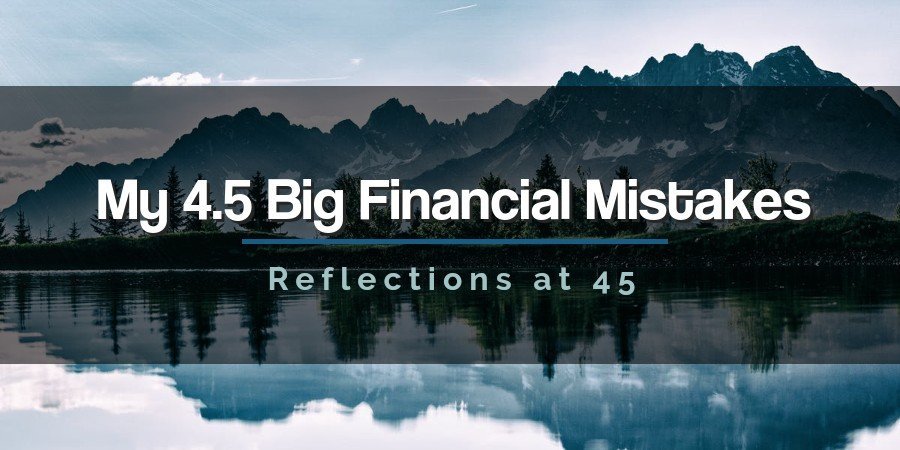 It’s my 45th birthday! This also happens to be the 100th post on the site. What better way to celebrate two significant milestones than to focus on mistakes and regrets. Ha, I sure know how to party! I’ll share my 4.5 biggest financial mistakes (so far.)

Why 4.5? Well, the milestone is 45 years. A list of 45 different things sounds tedious and would necessarily include less significant things. Instead, I’ve pulled out the 4 and a half biggest financial mistakes of my first 45 years.

If I’d done these things better, I’d already be financially independent. I’ve listed the mistake followed by what younger me should have done instead.

I know young people never listen to the olds. I was full of righteous certainty when I was 20. But trust me, if you learn from these mistakes you’ll be in a dramatically better financial position.

I hope it helps someone else get started earlier than I did. Which brings us to the first mistake…

I had access to not one, but two, solid pre-tax retirement options! Every year I was a public educator I had both a 403b and 457b available. Both had index options and total fees below .15

You know when I started using either of those? At 33. Almost by accident. I became a school principal. My contract had a $100 a month TSA contribution in lieu of mileage. I opened a Vanguard 403b, and out of almost blind luck chose VTSAX.

From there, I steadily increased my contribution. Eight years later I stumbled onto a post about 457b and realized we should have access to that. Now, my wife and I both max out our tax advantaged retirement options, including one catch-up provision. That’s a total of $79,000 a year we are investing tax free.

It took us almost 20 years to do it! We did nothing (nothing!) for the first ten years. If we had started earlier, we’d be in dramatically better shape. It wouldn’t have to be a huge amount to make an appreciable difference!

What if instead of investing a few thousand a year for the last ten years, we’d started earlier with just $50 a month. And then, each year we increased that by another $50 a month for the first ten years.

I used real VTSAX returns for the actual time period.

For $33,000 invested earlier, if nothing else had changed, I’d have over $100,000 more now. For just $50 a month, increasing each year for the first ten years! That doesn’t even include the tax advantages.

Of course, if I’d been aware earlier, I likely would have invested more and my later amounts would have been higher.

It’s a cliche, but it’s true. Start investing as early as possible. Time is on your side.

2. I Allowed My Lifestyle to Inflate –

Be Intentional With Your Spending Growth

Starting out as two broke teachers was rough. $130,000 in debt and not making much money. I wouldn’t repeat those days.

Each year we made a little more money than the year before. Some years, it was a lot more. We grew our income and got rid of our debt. That was good.

Unfortunately, after that we just spent. Our spending grew almost as much as our income. We used the work hard, play hard approach to life. So, not only were we not saving/investing early (see #1) but we were increasing our expenses to match. This is a perfect prescription to work forever.

I realized it just a few years ago after a dream purchase woke me to my financial reality. Then, we had to set to work unwinding our lifestyle inflation.

I won’t pretend we would (or should) have kept our lifestyle at our original newlywed level. Things were tight, and for all the freedom we had, there were times it was still uncomfortable. I’ve enjoyed many of our experiences and have grown because of them.

Instead, if I could do it all over, I would have intentionally adopted the 50/50 approach. For every raise I got, we could have spent 50% of it on things we needed/wanted and the other 50% would have gone immediately to investments.

We would still have been able to travel, enjoy a comfortable life, and even live in comfort. It would have just required us to be more intentional with spending and to identify what really made us happy. Instead, we suffered the very real natural consequences of lifestyle inflation.

Rent or Buy A Smaller Home

We bought a house that was way too big for us. It came from a combination of the usual lifestyle pressure of buying progressively nicer houses and a flawed belief that it was a “good investment.”

As a result, our housing costs more than doubled. We could afford it, but we were spending literally thousands of dollars each month that could have gone to savings/investments instead. We did this for almost ten years! You’ve seen the impact that just a small amount can have over ten years.

We made the difficult decision to downsize and then we moved quickly. For the last three months, we’ve spent $2000/month less on total housing.

Just by living exactly as we are now, we’d have almost $500,000 more! When we downsized, we did cash out some equity so it isn’t a total loss. But, we lost 6 figures by buying a stupid large house.

We’ve also realized a number of unexpected benefits from downsizing that aren’t financial.

Make Financial Planning a Foundation of Your Relationship

The first three mistakes are all connected to this one. We didn’t set financial goals.

I grew up in poverty, raised by a single mom. My wife grew up in a lower middle-class family that was very restrictive with spending. As a result, we both had flawed relationships with money. I was limited by the mindset impacts of financial insecurity.

We wanted to be comfortable and not worry about our spending. Like many young people we didn’t think much about the future.

For years we didn’t talk about money, except when we were short and fought about it. We certainly didn’t set goals around it.

Our childhoods made us afraid of debt, so we agreed to avoid that at all costs after a few mistakes early on. Other than that, we didn’t invest, spent just about every cent we earned, and we bought a gigantic house.

When we finally got on the same page, it transformed everything. In just a few short years, we’ve turned our finances around, hit a 7-figure net worth, and dramatically improved our lives at the same time.

We now set financial goals check-in monthly, and review our goals quarterly. We will be financially independent less than ten years from starting the journey.

If only we’d done it earlier!

Define what you want to achieve, and then map out how you’re going to get there. You can be as hardcore as you want to be. Pursue FIRE aggressively, choose SlowFi, or do whatever works for you. Just make it part of your life.

Build a system that works for you. The earlier you do this, the more control you’ll have over your financial future. You’ll also likely avoid the most frequent cause of divorce.

My marriage is my biggest asset. Neglecting this part of it was a huge financial mistake.

.5 I Chose a Profession With (Relatively) Low Income

I only count this one as a half mistake. Don’t worry, I’ll explain why.

You’ll read advice all over the internet telling you to choose a college degree based on income potential. You’re told to select your profession to maximize income.

I get it. Financially, it’s a mistake to not do those things.

If income is your only purpose in life, choose your college degree and profession based only on the numbers. You might feel fulfilled and you’ll certainly make great financial progress. It’s the financially optimal thing to do. You might also spend most of your years miserable.

I certainly could have followed other paths and made far more money. I had viable options to pursue a career in finance or software engineering. I veered from both paths. My income would be multiples higher than it is now, even with the work we’ve done to grow our educator income.

Not doing so is a financial mistake. Yet, I can’t fully regret it.

Doing work that matters is worth more than financial gain. I’ve made it work and earn a decent income. I do work that matters – that I’m not racing to get away from. I’ve done okay financially, have a solid net worth, and will be able to retire at or before 50 if I choose.

I’ve positively impacted hundreds or thousands of lives. I’ve met, and influenced, some amazing kids. I matter to my community and never doubt that I’ve made a difference in my career.

A financial mistake? Almost certainly. A regret? Not at all. So, it’s my .5.

Avoid These Mistakes and You’ll Do Better!

There you have it, my 4.5 biggest financial mistakes at 45! Looking back, I see so many ways I could have done it better. These are the big ones.

Here’s the important part though: Despite those big mistakes, we were still able to take charge of our finances and build a path to financial independence.

It’s easy to read the stories of those who did it perfectly from the start, or who had significant advantages. Don’t let those stories discourage you. Don’t constantly compare yourself to others.

Instead, realize that whenever you start you can take control of your financial life.

It’s just a matter of time. In my case, it’s taken 45 years and will take a few more to reach full financial freedom.

For other looking-back type musings, check out the My Money Advice to New Teachers 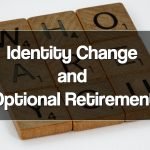 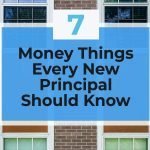 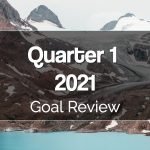