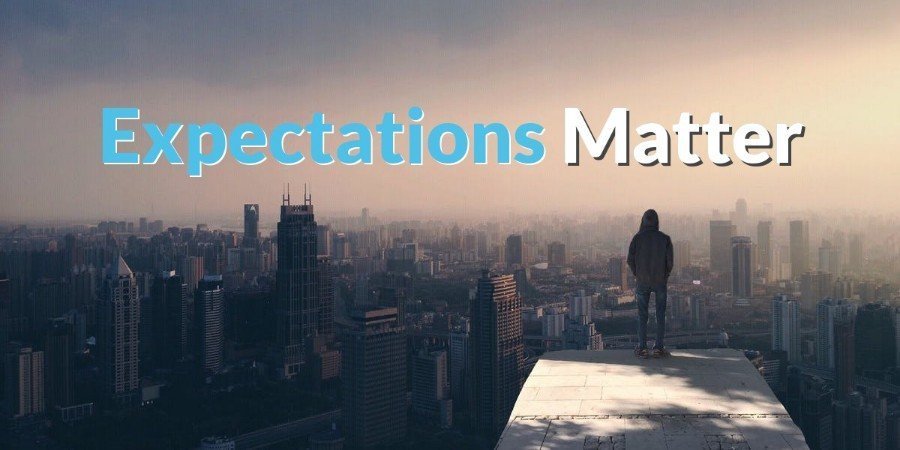 It’s hard to believe today marks the six-month anniversary of Principal FI (For confused readers, this was the original name of the site before I rebranded in July 2019)! It’s been both more challenging, and more interesting, than I ever expected. I’m glad I started and energized by the connections I’ve built. In honor of surviving 6 months, I’m going to share a student story that motivates me in my professional life and on this blog. It reminds us that, perhaps more than anything, expectations matter.

Note: My FI Lessons series are stories that are intended to be funny, inspiring, or both. They’re not hardcore personal finance content but I loosely relate them to personal finance.

In my current role, I get to support schools and programs that serve students who have been unsuccessful in traditional school environments. Two years ago I was visiting a school serving students who are gang-affected, recently out of incarceration, or who have been expelled from area high schools because of fighting.

You might imagine this is a dreary dangerous place on constant high-alert. You’d be wrong.

While there are precautions to ensure weapons don’t enter the school, and schedules are built to carefully avoid cross-gang interaction, the school itself “feels” like a normal small high school. Classes are linked with career development, entrepreneurship, and career technical education. Students are taught and expected to become community leaders. It’s a remarkable place.

On this particular visit, I was with several community members being given a tour by two student leaders. Partway through the tour, we came across a student working on a manufacturing project. He was *huge* – one of the largest kids I’ve ever seen.

One of the student leaders stopped and said, “Can you believe King here is only 13?”

I couldn’t. And I knew what that meant. This was a large African-American boy and I could only imagine the conscious and unconscious bias he’d faced throughout his childhood, the systemic racism and fear by adults that almost inevitably ended up with him at this school.

A teacher nearby stepped over and said, “King’s been here about 6 weeks. Coming in, all we heard about was how hard he was, how disengaged, and how behind. This isn’t the same guy described in that paperwork.”

King looked up, smiled slightly, shrugged, and immediately refocused on his project.

The teacher prompted him gently – “King, if you don’t mind sharing, can you tell our visitors a little bit about your story and your plans now. And, it’s okay if you don’t want to share.”

King froze and didn’t look up. One of the student leaders gently prodded him, “You doing good, King. Tell them a little bit.”

After a pause, King quietly and matter-of-factly described how he’d been in trouble constantly since he was in kindergarten. 9 different schools, countless suspensions, and two different expulsions for fighting. Then he said, “But now, I’m here. I just want to work and graduate.”

I could tell King didn’t really like talking, but had to ask “What changed?”

He nodded slowly, kept his head down looking at the floor, and said, “In every other school, everyone was waiting for me to mess up. The kids expected me to fight. Teachers knew I was going to fail. Every single one of them looked at me and saw trouble. Even when I was new I felt it.”

He paused, looked sideways at the teacher, and then shook his head. “Here, Mr. D (the teacher) started out talking about how I was going to do well. He was waiting for me to get it right, not to get it wrong. Ms. K (the school principal) talks to us like others let us down, not that we’ve failed. Then she expects us to be better.”

The two student leaders were nodding along now, and this encouraged King to finish.

“People here believe I can get it done. So I will.”

Two years later, King is getting it done.

He’s on track to graduate on time. He’s already had a summer internship in a trade he’s likely to pursue as a career. It hasn’t always been smooth – he’s had a couple fights, he went through a period of missing school, and it’s constant work to keep the gangs from pulling him in.

Each time, staff at the school work with King on the challenges he faces and acknowledge them. They don’t pretend they aren’t real, but they also talk about how he can rise above them. I know this, because I’ve seen them do it with dozens of students.

It’s not tough love. It’s not pretending that a simple mindset shift is enough. It’s belief in King. They approach every interaction with the belief he is capable of success. And that, no matter how long it takes, he will get there.

How Does This Apply to Personal Finance?

Look, I’m happy to admit that I just love sharing this story. I think about it often and share every chance I get – but it also contains some important reminders in personal finance.

As a career educator, I know how much expectations matter. If a teacher believes students can succeed, the chances of success are infinitely higher. This is true in all facets of life.

Find Someone Who Believes in You

While we mythologize people who are driven to “prove everyone wrong” and love the “no one believed in us” success stories, the truth is that all of those people have some signal in their life that they can be successful. As much as we’d like to believe otherwise, signals of belief are necessary to persist through challenge.

Who are the people that believe in your financial success? That know you can make it, no matter how long it takes. Who is willing to help you learn, be accountable, or even just let you lean when you need support?

Building a path to financial success isn’t a solo activity. It’s one reason I started this site.

I fundamentally believe teachers can build wealth despite what society signals. I believe you, specifically, can too. If you need a connection, contact me.

Be That Someone For Another Person

If you are fortunate enough to have a friend, family, or community supporting you then take the next step.

Extend that support and belief to someone else. Let them know that no matter the mistakes they’ve made, the challenge of their starting point, the bad financial habits they have, that you believe they can build a solid financial footing.

Perhaps you are the start they need to turn it around and become that “no one believed in me” success story.

Believing someone can succeed is not the same as pretending that everything is easy or fair. I’ve made it clear that I believe there are systemic challenges facing people in poverty, and particularly people of color in our system.

Related Post: The Incredible Privilege of Frugality By Choice

It’s also true that teachers are not paid what they deserve. Predatory financial companies limit pre-tax retirement options (403b vs 457b) for teachers with high fee loads.

Challenges exist. Acknowledge and name them. Commiserate with others. But don’t let it keep you from trying.

Then Believe You Can Overcome Them

It may take longer than you’d like and require more effort than you think you can give. But, I know you can do it. So do you. Let me know if I can help.

King’s story has changed how I approach my work and life. In particular, it has led me to:

I now recognize the amount of people in my life that communicate high expectations for me. I’m incredibly lucky to have a partner who constantly signals (sometimes with exasperation) belief that I will succeed in any goals I set.

Thank you to Educator FI readers, and other personal finance writers, who sent positive supportive signals in the first six months of Educator FI. There are far too many to name, but know that I have a long mental list. I appreciate you all.

Expectations Matter. I will strive to meet yours in the future.

If you’re interested in reading more FI Lessons, check out “You Used to Be Skinny…”