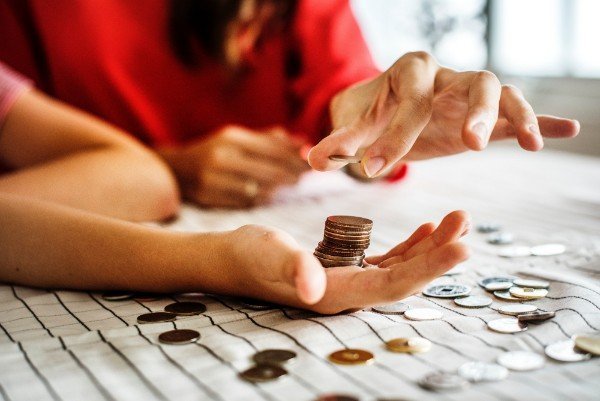 (Note:  FI Lessons are kid-related stories linked to reflections on the search for financial independence.  These are NOT intended to be hard-core learning.)

How much does purpose matter in education and financial independence?  Jana shows us.

In many areas of education, proficiency is heavily correlated with income.  The Word Gap is a well-known example.  But, in my experience, the opposite was true with coins and money counting for early elementary students.  I’ve talked to a few other teachers about this, and they agreed. (I’d love to hear if other educators had a different experience.)

The short version – students from working class families had virtually no trouble identifying coins.  In fact, they were often proficient without any instruction. The few students in my class from higher income and professional families needed to be taught to recognize coins.  They also tended to take longer to learn how to count money.

My assumption was because this, like most things, is related to prior experience. Coins mattered a lot to those struggling to make ends meet, and less (or not at all) to those who had plenty.

Jana was the most extreme example of this phenomenon.  She was the child of two professionals: a chiropractor and a corporate lawyer.  She was reading several years ahead of her peers. It was a pleasure working with her on her writing – a gifted storyteller who was always willing to take feedback to improve.  While her math wasn’t as advanced, she was still progressing normally.

Then, we hit the money standards.  She struggled.  Coin identification was a challenge.  The rest of the class had mastered it, Jana couldn’t.  She couldn’t count money without converting it all the way to general numbers and back.  As we moved on to other concepts, I continued to work with her, trying every method I knew. Money-related standards remained a notable hole in her academics.

Then, the 2004 tsunami hit Asia.  It was devastating.   Hundreds of thousands died.  The media showed horrifying images for weeks.  The survivor stories were heartbreaking.

This all happened while school was on winter break.  When we returned to class after the New Year, Jana approached me with a request.  She had written up a project proposal to do a coin drive at the school. It included a schedule, volunteer task list, and written advertising plan that included both posters and scripts for school announcements  She even had a collection plan with appropriate financial controls to ensure no student was ever alone with any money!

I told her I’d review her plan when she was at recess and tell her how we’d make it happen.  By the time recess ended, she’d recruited over 20 other students into the project. I set up a time for her to meet with the principal that afternoon to get approval.  Jana came back from that meeting with an appointment to make a presentation to student council (4th and 5th graders!) later that week.

Over the next two weeks, Jana, at 8 years old, led a school-wide coin drive.  Each classroom collected any spare change families could give. Jana’s army of volunteers collected it in pairs every morning before class began.  She presented to the PTO (parent-teacher organization) and secured both a donation and agreement to be the fiscal agent, granting her activity appropriate non-profit status.

I’ll never forget the first afternoons of the coin drive.  I’d agreed to allow her to use my classroom for counting and to remain to provide appropriate adult oversight.  The first day’s donations were relatively small. I wasn’t surprised to see that Jana assigned the counting to other students in pairs.  She stood and watched them, recording counts in a notebook. After a pair of students counted a portion, she had them switch and recount piles. If the count was off, they repeated the process until there was agreement.   The first day, they’d raised $32.

The next afternoon, the process was different.  There were more coins, but fewer students. Jana again divided it into piles and pairs of students.  This time though, after a group was done, she recorded their count and then moved them on to a new pile.  She counted the coins the second time.  I watched as she confirmed two counts and corrected a third.  She was right every time. And she was faster than the other students.

After they were done, I helped transport the day’s donations to the school safe.  I waited outside with Jana while she waited for her ride home.  Casually, I asked Jana when she’d learned to count money so well.

She saw my incredulous look and shrugged.  “I didn’t care before. I do now.  Helping matters.”

By the end of the two-week coin drive, an eight year-old had led the school in raising almost $1000 to support recovery efforts.

“Helping Matters.”  We all need purpose.

Jana found her purpose.  She couldn’t learn to count money because she simply didn’t care.  It wasn’t important to her, and she didn’t have to do it at home. She had everything she wanted, and her parents would get her anything she asked for.  Why did she need to care about coins and cash?

In both education and in personal finance, we talk about it all the time:  People need to have a reason to change.  Yet, rarely is it so vividly demonstrated.  Jana literally went from a months-long struggle to count money to quick and accurate counting overnight.

The financial habits you have are hard to break.  There is a reason so many successful FI testimonials start with someone who says, “I have always been a saver” or “My parents instilled this practice in me.”  But not all.

The far more interesting ones start with “I used to be $120,000 in debt” or “I spent every penny I earned.”  And each of those can describe the moment or moments that caused them to seek out change.  They find their purpose.

The Most Powerful Purpose is to Help Others

Most interesting of all – the changes that stick are those based clearly in a purpose beyond selfish benefit.  The science is clear.  It may not be about charitable work or changing the world.  Your purpose might be to provide for your family.  Or to free yourself from wage slavery to pursue a passion that you consider more noble.  Purpose based on a selfish need is almost never enough to do the hard work.

This was certainly true for me.  Though my first step into financial independence was grounded in a desire to get out of a frustrating job, it quickly moved to how it would allow me to affect greater change.  As I’ve planned with  Teacher FI, our goals shifted further to include a clear plan for how FI would allow us to help others. You can read about it here.

For a recent great example, check out the Choose FI podcast on Generous Giving with Michael Peterson.  Giving is his purpose.

I firmly believe this is why the FI community is so generous.  Instead of just pursuing personal financial gain, it’s an expansive group with an abundance mindset.  Friendly, generous, willing to give time and share knowledge.  People on the path to financial independence have discovered their purpose.

What’s your purpose and does it benefit anyone else?

Read the previous FI Lesson: Should You Actually Be Working?