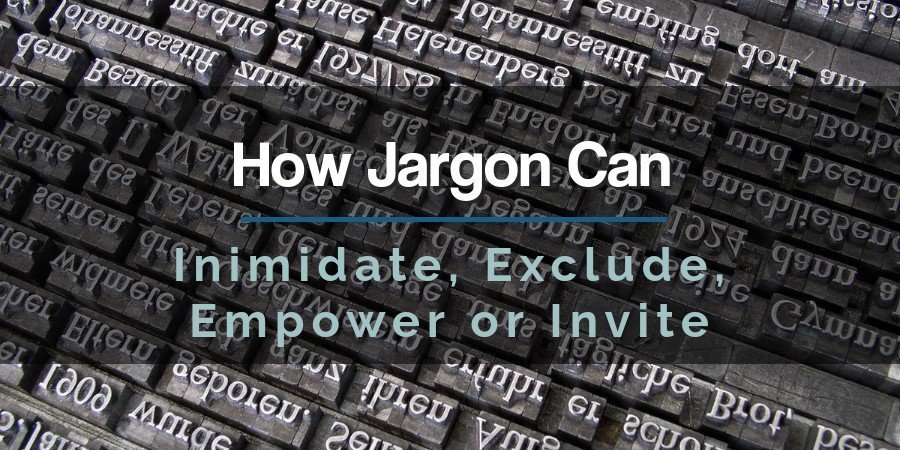 She was one of those teachers. Everyone knew she loved the power, enjoyed humiliating students, and created cliques just to see chaos. It was the first day of my freshman year of high school. I’d been placed in Honors English with 23 other students and she was determined to prove none of us belonged.

A relatively shy student with a poverty-granted impostor syndrome, I was ready to believe her. She made her power move and scrawled long words on the board while explaining they were important vocabulary we needed to understand to have any hope of analyzing literature. Wheeling around, she began interrogating students about the meaning of each.

I don’t remember all of them, but I remember three: alliteration, hyperbole, and onomatopoeia. Thanks to a middle school teacher who had intentionally pushed rather than letting me be lazy, I knew those words and their meanings. The other students fumbled with the terms, but when she growled “onomatopoeia” at me, her power dissipated with a whoosh.

I knew the term. I belonged in the classroom and she wasn’t the gatekeeper of knowledge she wanted to be. Her attempt to use jargon to intimidate me had failed. Instead, I felt empowered.

In today’s post, I’ll look at how we can use jargon to intimidate or empower those seeking to learn more about money and finances.

Let’s start with the definition from Merriam-webster:

In short, it’s words and terms that those more familiar with a subject know and use. Jargon is also sometimes called lingo. One of the definitions of lingo is “the special vocabulary of a particular field of interest.” They aren’t perfect synonyms, but for our purpose they are related.

What’s the Harm in Using Jargon?

Jargon itself isn’t inherently harmful. In fact, it can be helpful by providing a shorthand or a framework for discussion among peers. However, jargon can be intentionally used for negative purpose. It can also cause some unintentional negative impacts.

Sometimes, as in my opening story people use special words to wield power. They intentionally use large or unusual words to make others feel intimidated by a topic or subject.

Other times, this can happen when an expert simply doesn’t realize their expertise doesn’t easily translate. Terms that seem obvious to them can be intimidating to those trying to learn. Think about the concept of a “yield curve” which has been in the media often lately.

To those interested in investing, the yield curve is a relatively simple concept. To others, hearing that a “yield curve” (whatever THAT is!) impacts the stock market might intimidate them from even considering investing.

Of course, my opening story is an example of someone intentionally using jargon to intimidate people new to the subject.

Perhaps the most frequent, and misguided use I see of jargon is from someone looking to impress others with their knowledge. By using words that aren’t part of common language, the individual believes they are impressing the listener/reader. Some may believe this leads to increased credibility.

This is false. Or, in the best case, a temporary impression. The reality is that jargon is just specialized words or terms and those can be learned easily these days with a quick google search.

“I DCAed my 457b contributions to mitigate my risk ” may sound impressive to a new learner. Anyone who continues to learn will quickly realize all you said was “I put money into a retirement account each month so that I wouldn’t lose as much if the market immediately dropped.”

If you are using unusual language simply because you want to impress others – don’t. Actions designed only to impress will eventually have the opposite effect.

Jargon is used frequently and intentionally in finance to obscure information or make it sound more complicated than it really is. Let’s look at some really obvious examples:

I have read or heard people lament “Why don’t they just call them retirement accounts or something simple? Why do we use the tax code numbers?”

Don’t for a minute think it’s accidental. It’s the same reason there are more mutual funds than there are individual stocks. Creating the illusion of complexity allows people to charge money to “help you navigate” investing.

Companies and advisors make billions by letting you believe the complexity is so high it’s worth paying egregious fees. Not just worth it, but necessary.

While jargon can be a useful shorthand for those in the know, it can also needlessly confuse.

Acronyms are my favorite example. In education we absolutely abuse acronyms. It’s ridiculous, needless, and hurts our ability to connect with those we serve. If you don’t believe me – just pay attention next time you’re in an IEP (individualized education plan) meeting with a family.

The point of the meeting is to help everyone come together around a plan to help support a student with a disability. Instead, we pound an already nervous parent into submission with acronyms. They leave having agreed to whatever suggestion is on the table without really understanding the services their child will receive. It’s infuriating and I work constantly to stop it.

Want an example from the online personal finance community? Let’s talk about all the terms around financial independence. It seems like every writer wants to create their own term to perfectly fit their concept of financial independence (and maybe retirement.) This is fine, unless it creates confusion for those trying to access the community.

In the end, we all just want to create a financial situation for ourselves that allows us to choose how we want to live.

How do we describe that?

Half of those are basically the same thing with new terms we’ve created! I’m guilty as well – I’ve embraced FIOR (financial independence optional retirement) on this site.

A recent discussion around this made me jokingly create “Old Extension Cord FI: It takes hours to untangle the meaning before you can do anything useful with it.”

Perhaps creating more niches and definitions will allow individuals to find a definition that works for them. I worry that instead it can confuse and exclude.

Pay attention to this next time you are reading, or writing, something. Do you encounter a word that pops you out of moment?

I used the example of DCA (dollar cost averaging) above because I recently had exactly this experience. I was reading a post on introductory investing and the author dropped “DCA” without any explanation. Now, I know what DCA is; it’s not a complex concept. (Though, I’d debate the benefit of it!) Yet, encountering an unexplained acronym and concept early in a beginning investing article was jarring and counterproductive to the purpose.

I stopped reading at that point. Would a beginner investor have done the same?

The most purposeful, and unacceptable, use of jargon is to intentionally exclude people. The easiest example of this are teen groups / cliques. They create words and terms and then use them like weapons to define “in” and “out.”

A number of online communities do this too. I don’t need to list them – you probably had a few pop into your head simply reading that sentence.

If you are using jargon to impress, you are misguided. If you are using it to intentionally exclude people from “your group” you are a jerk. Think about your personal insecurities and why you need to use language to exclude rather than invite.

Does Jargon Have Benefits?

I’ve been pretty hard on the use of jargon so far. I do believe it’s best to mostly avoid using jargon / lingo. But, there are some possible benefits.

As I’ve mentioned before, jargon can be a form of shorthand that allows individuals “in-the-know” to communicate. Acronyms can be a good example of this. It’s a lot easier to say SEPP than “Substantially Equal Periodic Payment.” It makes sense for those who already understand that concept.

There are also times where jargon is unavoidable simply because the specific concept is so specialized there isn’t another way to say it. Or, to do so would take a needlessly complex approach. 457b is easier for those who know than saying “the deferred compensation account allowed by IRS tax code 457b.”

The flip-side of exclusion is a sense of belonging. All people have a need to feel part of a group, whether they admit it or not. In fact, the largest group is those who insist they don’t need to be part of a group – it’s why they’re so loud and obnoxious about it!

Knowing the jargon of a group helps one feel included or empowered. In my opening example, even knowing a few basic literary devices helped me feel prepared for that English class.

Learning the introductory concepts and having a new field open up to you can also be a powerful moment. I think about first seeing “the 4% rule” or “sequence of returns risk” and then digging into those terms. As I understood them, it opened up countless new readings for me.

Sharing jargon can help draw people in and create a sense of shared understanding. It can feel like unlocking a secret code.

How Do We Use Jargon and Still Invite or Empower?

So, if jargon is mostly bad but has some benefits (or is unavoidable) how do we use it and still invite or empower new learners? Here’s some advice I try to keep in mind both professionally and when writing.

The easiest approach – don’t use jargon if you can avoid it. Pay attention to how you speak and write. You’ll find that in almost every case removing jargon and using more simple language improves your ability to communicate.

Sure, you may not sound as impressive. You won’t be able to wield power over those who don’t know the jargon. People won’t be easily excluded from your group.

All of those are good things – because they weren’t actually working to your advantage anyway.

Pre-teaching vocabulary is a powerful instructional strategy regularly used in effective classrooms. English language learners are taught common words before they encounter them in early reading. Science students are given a list of important terms and definitions before being asked to decipher a complex science text.

If you have to use jargon, intentionally teach it before rolling it out in content. That English class I described was immediately accessible because I already knew the jargon.

You can choose to explain the concepts first and then use the jargon later for the short-cut benefits. This will both invite a new learner in AND speed up your later communication.

Explain on First Use

Your reader or conversation partner may not want to learn a long list of terms before interacting with you. In that case, when you must use jargon, make sure you intentionally describe it immediately after.

Acronyms are an easy example. “So, I’m really into the FIRE community these days. It stands for Financial Independence Retire Early, and the main concepts are…”

You can quickly do this with any jargon. It will invite people in and make the concepts you’re trying to share more accessible.

Use Jargon To Invite Not Exclude

If you’re reading, you want to help others improve their finances. You may be an individual enthusiast or a content creator. In either case, understanding how to avoid jargon when possible and use it effectively when necessary is key.

Let’s invite others on the journey with us, rather than confusing, intimidating, or excluding them.

Oh, and if you’ve forgotten the definition of those unnecessarily complicated words:

Those are the definitions as I remember them. And, older me knows they really have nothing to do with analyzing texts. But knowing them back then helped empower me.