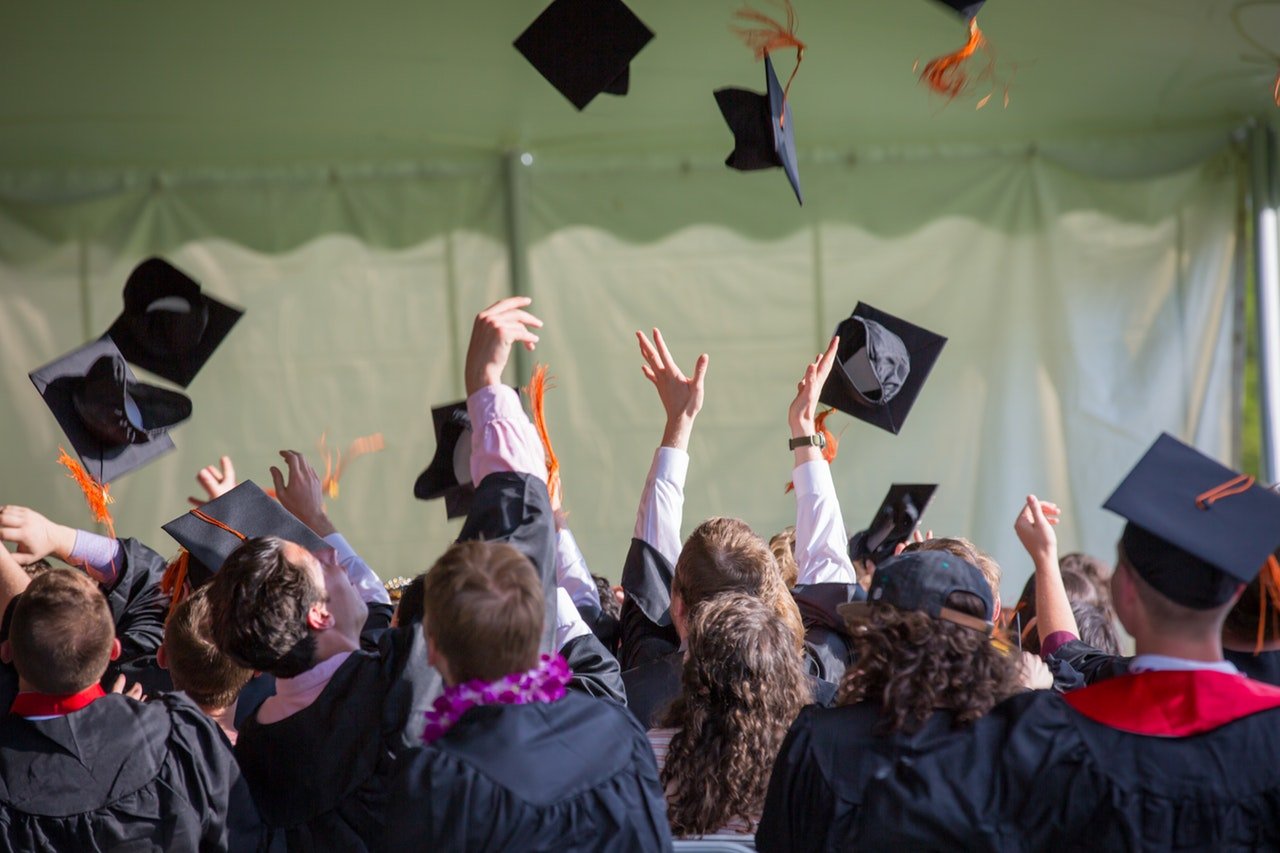 It’s graduation season, a busy, chaotic, and joyful time every year. Professionally, it means I’ll attend somewhere between 5 and 8 ceremonies. I speak or hand out diplomas at a few. This year, one will be more special than the others. It’s personal – my oldest nephew graduates.

I have four nieces/nephews. They mean the world to me. I don’t see them as often as I should but feel a deep responsibility for their futures. So, you’d better believe I’m going to use graduation as a way to try and shape that future!

My nephew and nieces are, of course, very different individuals. I’m excited to think deeply about the needs of each and use their graduation gifts as a way to help set them on a positive trajectory! (No – I never stop thinking like an educator)

Families are quirky and complicated. I’ve written before about growing up with our single mom. It shaped me one way, it shaped my brother differently. His life has been very different than mine.

My oldest nephew is my brother’s son. He’s witnessed divorce, financial instability, and multiple failures to launch by both his parents. My mom and I both have made sure that he’s never at real risk, but his models haven’t been strong.

I live close enough that I’m able to see him in person a few times a year, but far enough that we don’t have a regular relationship. Still, when we do talk he (mostly) listens.

As an example, instead of jumping into a 4-year school he’s lined up a free two years at a community college. This, hopefully, will help him land on a future path without sinking into debt early.

I don’t worry that he’ll fail. I worry more that he just won’t try that hard at anything.

In short, he’s like so many kids leaving high school. Loads of potential with an equal amount of uncertainty.

My Goals for the Gift

It’s hard not to use personal experience and apply it to others. In this case, I didn’t even try.

As I’m looking back on a (mostly) successful life I see one thing that would have made a dramatic difference: early awareness of personal finance and investment.

In my family, money was a scarce resource that was something you tried to grab enough for survival. Maybe some happiness. I’ve managed to work hard and find success. I’ll even be financially independent in the next few years.

It’s almost an accident though. If I’d had awareness or a plan earlier, I’d be in even better shape now. Can I help my nephew get a better start?

I also remember my own graduation gifts of some money, a briefcase, and keepsake type items. All important gifts that I was grateful for. But ultimately, nothing that had a dramatic impact on my life. (That’s an observation, not a complaint – just to be clear.)

Also, I’m aware of the sometimes demotivating factor for kids who are simply given money. While his life hasn’t been perfect, he’s also got a decent level of privilege. Is there a way to provide financial support that doesn’t create dependency, expectation of more, or reinforce binge spending?

Finally, as an educator who obsesses over the transitions in youth life, I know how important trajectory setting is. An unclear transition is opportunity, but it’s also risk. Can I help provide some definition to his early 20s and increase the chances of success and happiness?

So, my goals for my nephew’s graduation gift:

A tall order and something I’ve been thinking about for some time now. I think I’ve figured it out!

We’ve gotten him a book for just about every celebration of his life. We’re not stopping now. To accomplish the goals I explained above, I want it to be a financial book. I’ve chosen JL Collins A Simple Path To Wealth because it’s accessible, enjoyable, and sets a long term vision. It’s relatable and not preachy in the way others are. Preachy doesn’t work for teenage boys.

I know first hand that nothing matters more to a teenage boy setting out from a life of poverty than having some money. There isn’t a *thing* I could provide that is more valuable than that.

For the purposes of this post, I don’t need to name the amount. Know that it will be meaningful and he can buy something significant with the amount we’re talking. What that means for you and the graduates in your life matters more than a number I could name.

I know from working with thousands of kids that guidance is good, but is most effective in long-term learning if they have a sense of control. I also know that it’s a jerk move to give someone money and tell them exactly what to spend it on.

The first will be attached to a note that says “Congratulations on your achievement and future success! Spend this on whatever you want, however you want!”

The second will be attached to a note that say “How you spend this is your choice. I’d appreciate it if you’d read the Simple Path to Wealth first. Then, let’s talk. One word: Vanguard.”

It’s truly a request. If he chooses to ignore the book and just spend both amounts immediately – good for him. But, I think he’ll read the book and then give me a call.

If he calls, I’ll talk to him about savings rates and investing. I’ll offer to help him set up his Vanguard account and make his first deposit. I’ll explain to him how we (his aunt and I) think differently about money than we used to.

Would it be great if this suddenly made him see how amazing it is to spend only 50% of your money and invest the rest? Of course. But I’ve worked with enough teenagers in my life to know that’s unlikely.

Also, I won’t immediately throw higher-levels of complexity at him, like a Roth. (He doesn’t have earned income yet this year anyway). I’ve worked in education long enough that I know learning doesn’t work that way. That might be a next step if this works well.

I’m hopeful that this approach will open his eyes, even just a little bit, to possibilities. I never had anyone in my life discuss this with me. Certainly not in my early formative years.

I don’t expect that he’ll suddenly implement a 50% savings rate and start driving towards FIRE. But, I hope it will help him think about money differently as he transitions into adulthood. And if not – it’s still worth it.

What Do You Think?

I got excited about this gift. When I described it to TFI her response was to pause for a minute before saying:

I’d love to hear what you think. Am I missing something? Will this backfire badly? Have you had success giving a graduation gift that was meaningful and made a difference? Comment below.