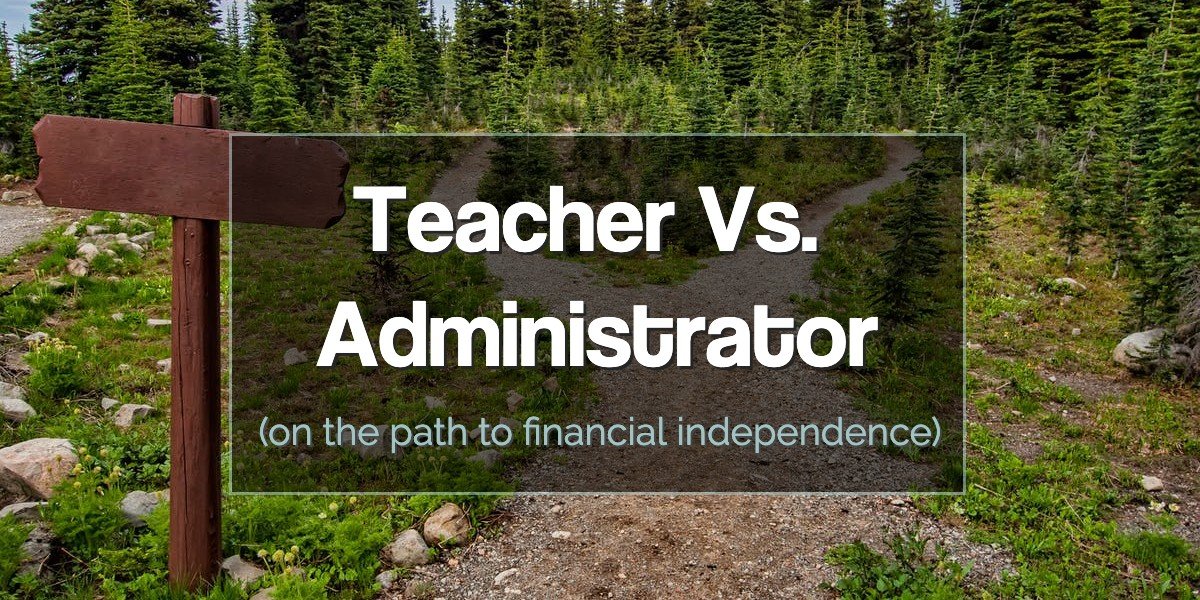 I’ve spent twenty years in public education. Half of that time was spent teaching, the other half as an administrator. They’re both fulfilling in different ways – but which is the best choice for pursuing financial independence? It’s time for a teacher vs. administrator analysis!

I wasted 15 years being financially clueless before tackling my lifestyle inflation problem and getting serious about financial independence.. The additional income I earn as an administrator has helped me correct my mistakes.

Yet, being an administrator is less fulfilling to me than teaching. I sometimes look back and wonder – if I’d understood personal finance then, would I still have made the choice to become an administrator?

Each role has tradeoffs in the pursuit of financial independence. Let’s explore the costs and benefits of each. I’ll go at this by looking at several major categories to resolve the teacher vs administrator debate. They are:

As always, this is based on my experience and perceptions. You may have different experiences or come to different conclusions. Good – feel free to let me know in the comments at the end!

If you’re interested in explore all the tradeoffs (not just financial) – check out Is It Worth Going From Teacher To Administrator?

Let’s jump in with the clear win for the administrative path.

Yes, an administrator will make more than a teacher. Most entry-level administrators see a 30%+ increase in their income the year they go from teacher to administrator. Experienced administrators in many regions will have six figure salaries. If one climbs the whole ladder and achieves a superintendent job, you can earn several hundred thousand dollars in larger districts.

Income is a huge advantage on the path to financial independence.

While the base level of income is a clear win for the administrator, this one is more mixed.

Teachers have a predictable salary schedule. Often, they include experience raises for 10 years or more. As a result, a teacher can usually count on their income increasing regularly.

Not as true for administrators. Administrative salary schedules are almost always shorter, or non-existent. It’s entirely possible for an administrator to experience a large jump in income when going from teacher to administrator, and then see very little income growth for the next five years. Of course, any percentage increase is larger simply due to the higher base income.

After the initial few years, the administrative situation is closer to many private sector careers – it may require changing employers to see a significant income jump.

At the highest-levels of the educator career ladder, superintendents have the option to get large raises by changing jobs and negotiating new contracts. Superintendents are a very small part of the group though.

It’s close, but for the long-term predictability of increases, I’ll give teachers the slight edge here.

When compared to much of the private sector, both groups have solid benefits. Most school employees will have access to health insurance and at least one tax advantaged option (403b), if not two (457b plan.)

Administrative contracts often balance out the relative lack of stability (more on that in the job security section) with extra benefits that aren’t in teacher contracts.

The first clear win for teachers – at least those in represented positions. After an initial period of probation and the first few years of vulnerability to recession, teaching jobs are very stable. It’s a myth that teachers can’t be fired, but there is a process and their jobs can’t just be eliminated on a whim.

Administrators are tasked with making, and implementing, challenging decisions. Oftentimes these are unpopular and will anger at least one set of stakeholders. They can also be held responsible for the actions of others.

As a result, job security is much lower as a school administrator and turnover more frequent. Neither is exactly unstable but teachers have the clear edge here.

Both usually have access to a public pension. This is an incredible benefit for financial independence that needed to be mentioned. We’ll mark this one a tie.

One of the biggest morale issues teachers face is a lack of control. Everyone has an opinion about your job. School board policies, district directives, and school-based administrative decisions can change job demands frequently. Add to that a persistent public attack on education and you’ve got a situation where the daily interactions are rewarding, but the professional demands are demoralizing.

Some of this impacts administrators, too. They are especially vilified in the public conversations about education. However, administrators are generally included in decision-making at the district level and have a high degree of control over their school or program area.

A sense of control is important to one’s willingness to remain in a job and a component of job satisfaction. Admin gets the edge here.

This one isn’t an obvious factor, but it matters. Teaching can be an insular profession. Administration requires a little more branching out. You’re responsible for interacting with community leaders, civics organizations, and business supporters.

As a result, you’re exposed to larger networks. Whether we want to admit it or not, who you know is still vitally important in getting ahead. It can provide access to new opportunities, exposure to knowledge, and connections you can leverage.

Both can benefit from building strong relationships with parents and the community, but administrators get the edge here.

Time for Side Hustles

Administrator contracts are year-round with little-to-no time off in the summer. The job also typically requires more evening and weekend events.

As a result, while job income is higher, there is less free time to earn extra money or build projects on the side.

Teacher jobs can be very time-consuming too. Yet, there is some opportunity to add extra income through extra duty, side hustles, or summer work.

I’m not saying it’s easy, but if I wanted time to work on an extra income project, I’d choose a teaching schedule every time.

I know not everyone will agree, but I give the clear edge here to teaching. It’s an incredibly hard job, but that is balanced out by the rewards of interacting with students daily and seeing real first-hand impact.

I’ve often said that each step out of the classroom leads to more of the challenging parts of education, and fewer of the rewards.

A school principal for example is often dealing with challenging student behaviors, carrying staff stress, angry parents, and pressure from central office – simultaneously. That additional stress can lead to decreased health, marital stress, and burnout. None of those things are good for pursuing financial independence.

Putting It All Together – Teacher Vs. Administrator

Here’s a summary of the winner in each category.

As you’d expect from someone who has dedicated half of his career to each – it’s a dead heat!

Both are viable paths – I believe you are basically trading economic advantage (income, benefits, networking) for job satisfaction benefits.

Which Would I Choose?

Education is a great career option for pursuing financial independence. (That’s the whole point of this site – ha!) Both teaching or administration will get you there – just in very different ways and at different speeds.

The extra income I had from being an administrator enabled us to turn our financial lives around after wasting the first 15 years of our career.

If you’re starting late and have fewer years to save, then the extra income from administration makes it the better path for financial independence.

If you’re young, then either path works well. It will all depend on whether you think it’s worth it to become an administrator. If you’re eager to get to financial independence quickly and are willing to assume the longer work-year and higher stress, then administration works. If not, teaching will be a solid, steady path.

If I could go back to my early 20s, just starting out as a new teacher – I’d choose the teacher path. The non-monetary rewards of the job are higher, the personal stresses lower. I could achieve financial independence with greater work-life balance.

There are pros and cons for both the teacher and administrative path to financial independence. Compare them and decide what matters to you. You can’t go wrong.

For examples of the math of each, check out the following:

And for real life stories, here are some of the many examples from the Educator on FIOR series. 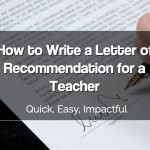